Dr. Bergin's Latest Posts
More Sit Like A Man (www.washingtonpost.com)
A COMMON COMPLAINT – and how to fix it!
Pain Relief for Knee Arthritis – guest post
Unexpected Effects of Rheumatoid Arthritis and How to Address Them – Guest Post
Ways to Minimize Risk of Football Injury – Cloe Matheson
Aging & ArthritisGuest BloggersJust PostedKnee 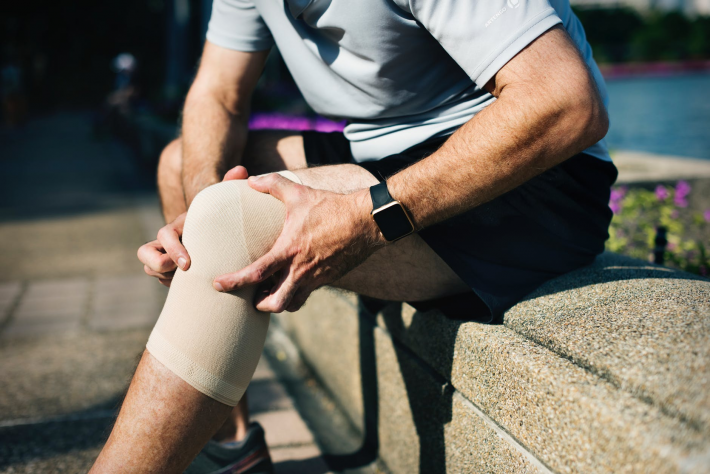 “For a long time, the only way to manage knee pain from osteoarthritis was to avoid exercise and take plenty of prescription medications. Fortunately, research has debunked these ineffective treatment options. Instead, better treatment options have been researched. Many of them are healthy, alternative options that do not involve medication.”

According to research, knee pain is prevalent in adults over 50 years old. According to a study published in BMC Musculoskeletal Disorder, the actual numbers are shocking, as nearly 25% of adults over 50 have knee pain and much of the pain results from osteoarthritis. The study also found that adult knee pain also stems from body mass index, alignment, and injuries.

In a study published in Open Access Rheumatology: Research and Reviews, researchers found that exercise was one of the most helpful ways to bring relief to knee pain. But, fewer than 70% of people with knee pain actually exercise regularly. This is a flaw in the health care system, as those who have knee pain caused by osteoarthritis should be informed of the research and how it supports pain relief.

Fortunately, there are a variety of alternative health care techniques that can be used to bring relief to knee pain from osteoarthritis. They have all been proven to be successful in all of the studies that have been conducted. And, repeated studies have had the same results. Rather than doing nothing and taking pain medication, people with osteoarthritis in their knees have numerous treatments that can be life-changing. Most of the treatments are complimentary, and can be easily and successfully combined for even better results.

According to a study published in the International Journal for Preventative Medicine, hatha yoga stretches are good choices for people who have knee pain and stiffness. People who added yoga to their daily routines found their pain decreases over a short amount of time. Other types of low-intensity exercises also brought relief. Some of those include stationary cycling, swimming, tai chi, and some walking at a slow to moderate rate. Exercises that include balance work help to strengthen the knee and decrease pain from osteoarthritis.

Even though most people consider that chiropractic care is only for back pain, chiropractic treatments work on all joints in the body. In a study published in The Journal of the Canadian Chiropractic Association, people with chronic knee pain found relief after chiropractic adjustments to their knees. The results were self-reported, but the manual therapy knee protocol brought short-term relief with no adverse effects or discomfort.

In a study published in the National Center for Complementary and Integrative Health, massage was found to bring relief to people with osteoarthritis in their knees. After eight-weeks of hour-long massage treatments that ranged from whole-body massage to light-touch, subjects reported short-term benefits. After eight weeks, the patients completed a questionnaire to show how much they had improved. Side effects were minimal or non-existent while all people saw improvement in pain, physical condition, and stiffness.

TENS machines, or transcutaneous electrical nerve stimulation, has been used to manage pain for years. In a study published in the journal of Pain Management, researchers found that people with knee pain found relief when using TENS at “adequate intensities.” Other studies found that people who used TENS, but at lower settings, did not find much relief. Therefore, it is important to set the machine at a protocol that they can feel.

TENS machines are frequently used in physical therapy sessions, but there are plenty of machines available for sale in the consumer market. They are usually priced around $30 and replacement parts are easy to find, too. The science behind TENS is that it disrupts the pain messages that are sent through the nervous system. It’s kind of like sensory white noise.

Losing weight can take significant pressure off of the knee joints and can greatly reduce pain. In a study published in Arthritis and Rheumatism, people suffering from osteoarthritis in their knees were put into a weight-loss study. Their gaits were analyzed both before and after losing weight. The findings were significant, as each pound lost took off four pounds of force on their joints. Imagine the force that leaves the body when 10 or 20 pounds of weight is lost, 40 to 80 pounds of force is a noticeable change.

Weight loss affects the body in other beneficial ways. Studies show that weight loss decreases inflammation all over the body. In the same study, weight loss was shown to also relieve inflammation and to improve knee function, too. Losing weight reduces the risk of other chronic diseases, like type-2 diabetes and cancer.

Having earned his Bachelor of Science at the University of Nevada, and his doctorate from Western States Chiropractic College, Dr. Brent Wells found his professional passion fairly early in his career. Instead of simply treating his patients, Dr. Wells strives to help everyone to understand how a few basic changes in habit result in better health, which has earned him the honor of being the top Wasilla chiropractor in Alaska. This passion was realized when he founded Better Health Chiropractic & Physical Rehab in 1998.