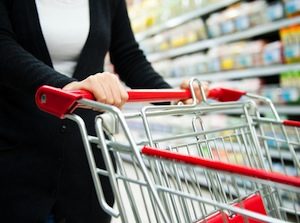 Fall precautions are dear to my heart because I see so many injuries due to falls. We need to stay off the ground. When we go to ground we often get hurt. You can read my blog on Fall Prevention to get some general ideas on ways to prevent falling down. https://drbarbarabergin.com/fall-prevention/

Suffice it to say, if we watch where we’re going we can prevent a lot of falls. But that’s not all there is to it. And there are some special situations, grocery store floors being one, which deserve honorable mention. We have to go to the grocery store. And I would have to say “Thank you!” to the grocery stores for doing such a darn good job of keeping the floors free and clear of things which make us go boom in the day. Really, it could be so much worse than it is. But they would have to have someone following each and every customer around with a broom and dust bin in order to totally prevent falls. And that would make the cost of your groceries way too high. So we take our chances.

How do you keep from falling down in the grocery store? Start by grabbing a cart any time you walk in the store, even if you’re only getting ONE thing. Carts slow you down a little, and using one gives you something to hold on to, which improves your balance a little. They’re free. And there’s a gazillion of them. Grab one.

Watch where you’re going. Particularly in the fresh produce department and on the soap isle. Inevitably someone drops a grape or a bottle of soap on the floor. If you happen to hit it just right with your heel, it’s “Hello floor! Meet my tailbone!” It hurts like hell because it happens so quickly and the floor is so far away and so hard. And it’s very embarrassing. Unless you really bust something up, you just want to get the hell out of there so you can go lick your wounds in the car. But here in the U.S., we love to help people, so most often you are immediately surrounded by a dozen do-gooders. They pick you up, dust you off, and take you to a nice place where they can get you ice and a glass of water. They make a call for you. It’s a marvelous part of living in the U.S.  I don’t know where people are when they show those You Tube videos of folks ignoring people in distress. I think it’s a conspiracy to make the world think we’re creeps.

And last but not least…SLOW DOWN! This won’t be the last time you’ll see this common mantra of mine. Slow down. We’re always in such a big, dang hurry. I think slowing down would prevent a lot of bodily harm. And being in a hurry doesn’t always get you to where you’re going faster. You know this to be true. How often do you rush through the grocery store, only to end up in line behind someone whose third credit card is getting denied?

Listen, I wouldn’t bring up the grocery store floor if I didn’t see a bunch of folks every year who slip on them. I wish it weren’t so. But you can make a couple of small changes in the way you do things, and hopefully prevent grocery store mishaps. Grab a cart, watch where you’re going and slow down. It’s that easy.