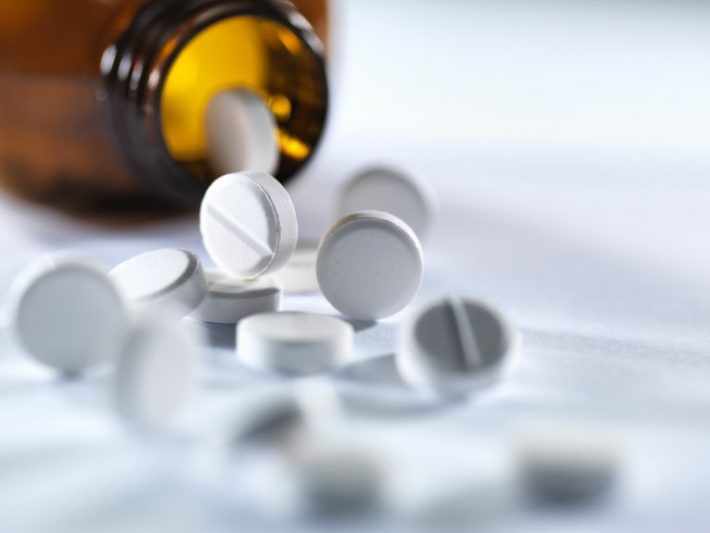 “Remember, the conditions for which you take NSAIDS are not life-threatening.”

Despite all the hoopla about the significant side effects associated with the use of non-steroidal anti-inflammatories (NSAIDS), I still see many patients taking daily doses of prescription and over-the-counter(OTC) NSAIDS without the knowledge of their physicians. Let me first define NSAIDS. These are medications which decrease inflammation by inhibiting some of the substances in our bodies which cause inflammation and pain. They include prescription NSAIDS such as meloxicam (Mobic), celecoxib (Celebrex), and diclofenac (Voltaren). But they also include over-the-counter NSAIDS such as ibuprofen (Advil) and naproxen sodium (Aleve), as well as the lowly aspirin.

There are some patients who are taking daily doses of NSAIDS on the recommendation of their physician. These would be patients taking aspirin to prevent life threatening conditions such as heart attacks or strokes, or those with severe arthritis, for whom nothing else relieves the pain. I would say to them, to follow their physician’s instructions.

On the flip side, there are some patients who should not take NSAIDS. Those would include patients taking blood thinners such as Coumadin (warfarin sodium), Eliquis and Xarelto. It would also include patients with liver and kidney disease, or stomach ulcers. I’ll be honest and say that every once in a while, those patients are not recognized and end up taking NSAIDS. We live in a complicated world. Many patients do not know what medications they are taking, or they neglect to write it down on their intake forms. Family members may not know what medications they take. Patients fill their prescriptions at different pharmacies, and the fail-safe of having a pharmacist see all their medications, and thereby being able to recognize potentially dangerous medication combinations is lost. Please know your medications, and when you are being prescribed something for pain or inflammation, remind your doctor that you are on a blood thinner, or that you have liver or kidney disease, or have had a bleeding ulcer. I’m not trying to excuse doctors from accidentally writing a prescription for a medication you shouldn’t take. I’m just reminding you to take control of your own health as well. Every once in a while, take a survey of your medications, and make sure you’re not taking toxic combinations of medications, or overdosing on two medications with the same function, but with a different name.

There is a large group of people for whom NSAIDS remain a viable and important therapy for the pain of arthritis, bursitis and tendonitis. We’re also seeing more NSAIDS being prescribed in the emergency room, as a replacement for the much maligned narcotic pain pill. But we don’t want to overdo it. While doctors want to try to help you achieve a painless existence, it is usually an unreasonable goal, and taking continuous or more NSAIDS may not be the safest option. We also now know that there may be a association between NSAIDS and heart attacks. Of course doctors don’t want you to suffer a cardiac arrest, renal or liver failure. I’d have to say that if I had a crystal ball that said you were going to have any of these potential complications from the use of NSAIDS, I would rather you suffer with the pain! The good news is that most people don’t develop these conditions as a result of using NSAIDS. Nonetheless, some of my patients look at me with skepticism when I offer them NSAIDS. Once I rule out a contraindication to their use, I remind them that most doctors wouldn’t offer them a treatment they wouldn’t use on themselves or a member of their family. And trust me…I dose up myself, my hubby and my kids with these fairly often…for limited periods of time.

Without knowing you and your specific circumstances, my recommendation is that you use them for shorter periods of time, and take breaks from their use. Most of the time, I prescribe NSAIDS for short-lived conditions, such as tendonitis or bursitis, injuries, or repetitive strain disorders. Patients usually recover from these conditions eventually, and therefore can stop taking their NSAIDS.

It’s the patients with arthritis who present the greatest challenge. They are usually older patients as well, and therefore more likely to suffer the negative side effects of taking these medications. Be aware of taking NSAIDS on a daily basis and for long periods of time. Talk to your doctor about them, and be prepared to take a “holiday” from them every once in a while. Take them for a week, and then take a break, or take them for a month, and then a break. Or only take them when you really feel you need them.

And last but not least, some pharmacies, in an attempt to make it convenient for you, are refilling your medications, and calling you to come get them, or even reminding you to ask your doctor for a refill. Your doctor may have given you refills, for the same reason. It’s convenient, sometimes cheaper and keeps you from having to navigate the phone-answering tree at their office to get a refill. NSAIDS are not like antibiotics, anti-hypertensives or medications for diabetes. Remember, the conditions for which you take NSAIDS are not life threatening. You do not NEED to refill them, and even if you do, you do not NEED to take them daily and refill them monthly. Please beware of refills of NSAIDS. If you’ve been refilling them monthly, check with your doctor to make sure they want you to continue to take them regularly. If not, then just deny the refills. These medications are expensive (perhaps not to you, but to your insurance carrier). Thirty billion doses of NSAIDS are taken every year in the US. Don’t just go and pick up your NSAID refill because you have a voice message saying it’s ready. Think about whether or not you really need to take it. Refill it every two or three months instead.

And as always, follow the directions from your own doctor.