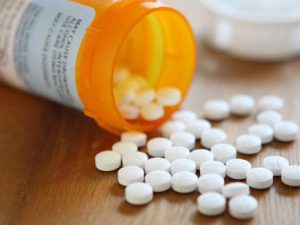 In my line of work, I get a lot of requests for pain pills. The majority of patients who need them have either just had surgery or an injury, like a fracture. And most people stop taking the pain pills as soon as they feel they don’t need them. Sometimes they wean themselves off of them by lowering the numbers of pills they take, or gradually increasing the interval of time in between the narcotics. Sometimes they supplement the pain medications with non-narcotic pain relievers.

But sometimes patients continue to take pain pills. Weeks and even months go by, and they continue to request large doses of pain pills. It’s really hard for some of our patients to gauge how many pain pills they should be taking or how to wean themselves off of them. They start getting into a habit of taking the pills. Maybe they think that if they are experiencing any pain at all, they should go ahead and take the pain pill. Sometimes they use the pain pills to help them sleep at night. And sometimes they use them in order to be able to function without pain during the day. These are all problematic ways in which to use pain pills.

In my opinion it is best to stop taking pain pills as soon as possible. Pain doesn’t actually “hurt” you. It’s a sensation; like hunger or itching. Just because you are hungry, it doesn’t mean you absolutely have to eat.  And you don’t have to scratch when you have an itch. You don’t have to relieve pain every time you feel it.

How To Diminish Your Need for Narcotics

If your doctor has prescribed narcotic pain pills for you following an injury or surgery, then they think your pain will be of a level that you might need or want to use them. Remember, that doesn’t mean you have to use them. It’s not life or death. It’s not the same as being prescribed an antibiotic for an infection or a blood thinner for a blood clot in your leg.

Your doctor might give you a spread of options. The prescription might direct you to take one or two every six to eight hours as needed for pain. That “as needed” statement is key. That prescription means you could take only one every twelve hours if you wanted to. Initially, you might feel that you need two every six hours, but as soon as possible, you should start cutting back. Allow yourself to umm…how to say this nicely…suffer a little. Take it at night only, if that’s when you tend to experience more pain.

The nurse at the surgery center or emergency room might tell you to take those pain pills “as prescribed,” but that doesn’t mean you have to take it every six hours, and frankly, those who do, are more likely to become dependent on them.

So I talked about tapering off pain pills as you feel your need diminish. But what are some other things you can do to decrease your need to take narcotics?

Don’t forget R.I.C.E.; rest, ice, compression and elevation. You’ve used that before, to help with pain after an injury. Well it works for post-operative pain as well.

Rest: We live in a busy world. We’re always wanting to get somewhere. We’ve got to go, go, go. When I was in high school I had a job as a ward clerk in one of the big hospitals in Houston. I remember people staying in the hospital for weeks after operations which now are done as outpatient cases. We don’t have the luxury of experienced nurses waiting on us day and night for two weeks after our operations. Most of my patients can’t wait to get back to work, back to play and back to their routines. No one wants to rest. Let me tell you there’s nothing like rest to help us recover from an operation or injury; whether that be resting our whole body or just resting the part on which we had surgery. But you need rest. It’s a crazy concept to take narcotics in order to return to work or to play golf! Stay home a little longer. REST!

Ice: Ice helps slow down the bleeding from the little capillaries in the wound/incision. Bleeding causes swelling and swelling causes pain. Apply ice.  Lots of ice. You really can’t use too much ice. Just be sure not to let ice bags rest directly on your skin.

Elevation: Elevate the injured extremity as soon and as much as possible. When you allow an injured limb or an extremity which has just had surgery, to hang down, it begins to swell. Once that swelling gets out of control, it is really hard to reverse quickly. The more you can elevate the extremity from the get-go, the better.

Many of my patients manage all their pain with R.I.C.E.  They might take their pain pills for only a day or two. Think R.I.C.E. instead of pain pill.

So why do some people use a ton of pain pills and others don’t?  It’s complicated.

The bottom line is that there are huge numbers of patients who begin to abuse prescription pain relievers, muscle relaxers and stimulants. It causes a lot of disability and costs the system a tremendous amount of money.

A Tale of Two Patients

Here’s the story of two fictitious young men. They are not actually my patients, but I see these two scenarios played out over and over in my practice. These are two teens, both of whom tore their anterior cruciate ligaments.

Hank asks for no pain pills following his injury, even though they were offered. He thinks he’ll do fine on Tylenol. Following the MRI, which confirmed the presence of an ACL tear, he wants to make plans for surgery as soon as possible. He’s in high school and knows he’ll probably have to miss a couple of days. He asks if it’s possible to get a handicap parking permit. That way he’ll be able to park a little closer to his school. He asks if the doctor can estimate when he’ll be able to go back to school so he can make arrangements with his teachers. He has his surgery and is encouraged to go ahead and take his pain pills as needed, but after a couple of days he discontinues them and takes Tylenol instead. He doesn’t like the way the pills make him feel and he can’t study while he’s on them. He goes back to classes even before his sutures are out. He quickly regains his muscle strength and range of motion and within a few weeks has stopped using crutches.

After his injury Alex got a bottle of narcotic pain pills from the emergency room. He’s been taking two every 4-6 hours, just like the directions on the bottle. They don’t really work that well anyway, so he needs to take them more often. Following the MRI, which confirmed the presence of an ACL tear, he wants to make plans to have surgery. He’s a freshman in college and so he’s going to let his parents know that he’s going to have to take off the rest of the semester and needs a note to take to the registrar’s office. His knee is killing him even before surgery so he figures it’s going to be even worse afterward. He has very little swelling but is having difficulty moving his knee. At the end of the visit he reminds the doctor that he will probably need another prescription for pain pills. He’s not out yet but he doesn’t want to get caught over the weekend without them, and so he may as well stock up ahead of time. And he reminds the doctor that the Vicodin is not even touching the pain, so maybe the doctor can give him something stronger.

After surgery, he struggles with his rehabilitation. He takes the stronger pain pills every 4-6 hours, like it says on the bottle. He takes them before he goes to physical therapy so that he can tolerate it. He takes two before bed at night, just to be able to sleep. Sometimes he takes another one if he wakes up in the middle of the night. Six weeks after the surgery he is still requesting pain pills weekly and the doctor has to start a program of weaning him off the pills. The doctor gets a call from the pharmacy saying that Alex is also getting pain pills from his primary care physician.

Tommy and Alex represent the whole spectrum of responses to pain. Alex isn’t a bad person. He’s not taking illegal drugs. He’s not selling drugs. Tommy and Alex just respond differently to pain. But sometimes patients like Alex get into serious trouble taking prescription narcotics without even recognizing that there is a potential problem. Physicians don’t want to see patients suffer. So they’re reluctant to deny the pain pills when the patient is complaining. This can inadvertently lead to a pattern of prescribing narcotics that eventually contributes to addiction. Then drug seeking behaviors develop, which can last a lifetime.

The most important things to remember are: