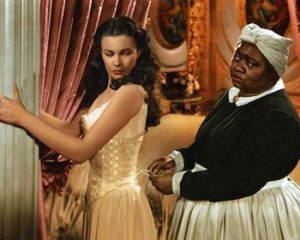 It’s been a while since I’ve blogged. Sorry to those of you who have been waiting.  So I’m jumping right back in with my RESPECT series. And just a reminder, the purpose of this series is to remind my followers and patients of the many destructive forces out there which can result in the slow or acute decline of our musculoskeletal system. Of course there are commonly seen, major forces, like doing squats (and I won’t labor over that subject, since I already have on two previous blogs), and gaining a lot of weight (I will blog on that subject someday when I have the energy to do so). Changing these influences requires major adjustments in lifestyle and habits. Many cannot do it. And sadly, I see them in my office all the time.

But there are also many minor forces;  injury producing activities, which I see over and over in my practice, maybe not as often as others, but I see them enough that I write them down on little pieces of note paper, along with the word “BLOG,” in order to remind myself to write about them later. Many of them are things which, if you knew about them, or even considered them briefly, you might be able to make some simple changes before the damage is done. For example, check out my previous blog, Respect the Stairs, https://drbarbarabergin.com/respect-the-stairs/. If you just made some simple changes in the way you navigated stairs, a change which would have no negative effect on the quality of your life, you might prevent inconvenient, and even catastrophic injury.

So I’m starting with a really simple one:

First of all remember that the natural human…the cave woman…would not have worn a bra. Now she would only have lived for about 20 years, so a bra might not have been so important to her…and her main purpose in life would have been to reproduce, so she probably would have been showing them off anyway. Now we live to be ninety. It goes without saying that we need to wear bras. The first bra was a corset, and it was put on by someone else…from behind! So when bras evolved, they did so with the opening in the back. Why didn’t someone early on consider an opening in the front? I wonder how many rotator cuffs that would have spared? I often treat women complaining of the onset of shoulder pain whilst trying to fasten the hooks and eyes from behind. It’s tricky. You have to have your wrists, elbows and shoulders all in good health to do it. And it is so ingrained into our physical memory that it sometimes takes a doctor saying, “Have you considered wearing a front opening bra or putting it on backwards and turning it around,?” before my patients realize that it’s a viable…if not preferable option.

So why don’t we all just start converting over to front opening bras, and while we’re slowly exchanging out our inventory, why don’t we just start doing them in the front and turning them around. I promise it will save some of your shoulders.

And about those sport bras. I have had many women ding their rotator cuffs or just strain their shoulders from trying to wrestle out of sweaty, tight fitting sport bras. Why do we do this to ourselves? There are many attractive and functional front clasping sport bras. Unless you’re a dry, skinny person, you almost have to dislocate your shoulders to get out of them. I address this because I actually see women injure themselves getting out of sport bras. I’m not recommending this just to be mean…